Get to Know Our Team 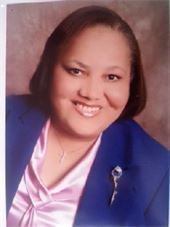 After serving over twenty years as a Civil Servant she stepped out on faith to resign from her position at the U. S. Attorney’s Office, Western District of Texas. Dr. Rosalind Harris then began the journey of providing faith-based programs for youth and families. Dr. Harris is a graduate of Rockbridge University Seminary and received an honorary Doctorate of Divinity degree from Trinity Theological Seminary as a result of developing faith-based programs in her thirteen years in faith-based youth and family prevention/intervention ministry in Bexar and surrounding counties. These faith-based programs were taught in the Judson and East Central ISDs and charter schools as prevention curriculum. Completed Military Veteran Services Non-Profit Certification in May 2013 with San Antonio Area Foundation and St. Mary’s University; and San Antonio Area Foundation and Our Lady of the Lake Non-Profit Leadership Academy in June 2013. Recognized as the 2016 Community Game Changer Award by Alpha Phi Sigma, Sigma Gamma Rho, Inc.  Dr. Harris most recent recognition is the Stellar Leadership Award by The E Rotary Club of San Antonio. She is a Charter Member of The E Rotary Club of San Antonio; a Guardian of the San Antonio Cancer Council; Friend of Impact San Antonio.

In May 2011, she was invited to serve as a facilitator for the faith-based counseling and training curriculum of the Joint Commission on Chaplain Accreditation and Education. Dr. Harris has served as a member of the Department of Family Protective Services Child Abuse Task Force, and as a Blue Sunday Chairperson and given the Halo Award by Blue Sunday Founder Janet Magee for her commitment to San Antonio’s Annual Blue Sunday Event.

She served as a member of the Heart Gallery, Department of Family Protective Services Disproportionality Board, and the Blue Ribbon Task Force. Collaborated with Bexar County Community Resources Coordination Group, Voices for Children, George Gervin Center, San Antonio Fighting Back, Inc and Communities Empowering Youth (CEY) Coalition of Faith-Based and Community Based Nonprofits. With CEY, served as the Lead Trainer for instruction in nonprofit organizational and program development.

Under the hat of “Minister Harris,” she has served in youth ministry for 27 years and is an ordained minister serving as Youth Director at Covenant Community Church in San Antonio until March 2014. She is also the Community Youth Pastor of the Inspiration Center for youth seeking spirituality through Christianity. Her commitment to serving youth and their families is unshakable. Minister Harris often jokes of becoming the oldest Youth Pastor until God calls her home.

Dr. Harris is married to her best friend, Lt Col (Ret) Lionel Harris, Jr, and together they have two children, five grandchildren, one grand dog and a love of traveling. During their season of almost 30 years of military service they have been to over forty countries and still counting!

Her tag line: “Only the Creator can heal His Creation; anything else is a band-aid fix.” 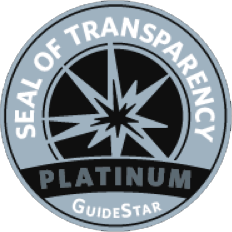